10 Things You Need to Know About Asbestos 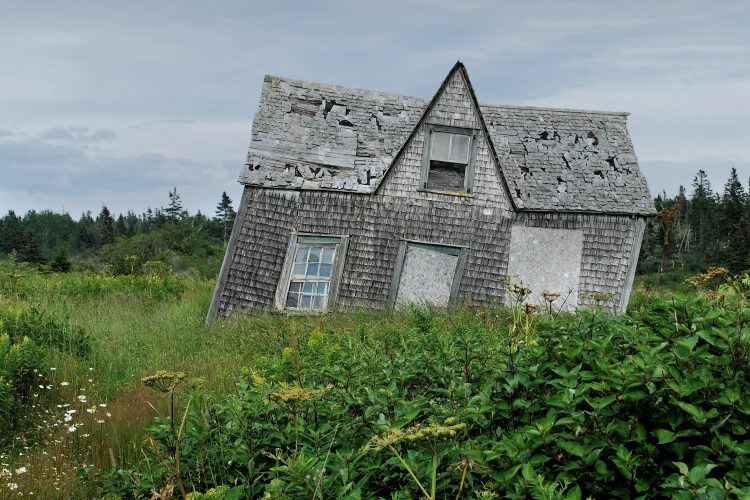 It’s common knowledge that asbestos is something that is dangerous to one’s health and can bring severe and fatal diseases. However, before it was fully banned by the UK government in 1999, asbestos was taking over the spotlight in the construction industry because it was an inexpensive, widely available and strong building material that can be used for insulation.

As negligence of this toxin is becoming too common, we have listed down ten important facts you need to know about asbestos:

Asbestos is a group of fibrous silicate minerals mainly mined throughout North America, Canada and Southern Africa. It is composed of very fine needle-like fibres that are highly toxic.

Before achieving its well-known appearance and soft consistency, raw asbestos is crushed to extract other minerals in it. Its ability to resist heat and absorb organic materials such as resins and polymers was taken advantage of manufacturers. Big companies then started using the fibre to strengthen other products by mixing it with cement, paper, cloth and yarn.

Chrysotile is the most common type of asbestos due to its physical and chemical properties. A curly and soft fibre, chrysotile is the most flexible among other types and can resist the highest level of heat and alkaline reactions. It was commonly mixed with cement used in roofs, walls, ceilings and floors of residential and non-residential properties.

Considered as the strongest and most dangerous of all asbestos types, crocidolite or the blue asbestos has high resistance to acids and was extensively used in thermal insulation and cement sheets.

Amosite, like crocidolite, was also used in thermal insulation but was more widespread in anti-condensation and fire-resistant products due to its high resistance to heat.

Asbestos became extremely popular in the late 1800s, also known as the Industrial Era, although, there are evidences that proved usage of the fibre as early at 2500 B.C.

During the Industrial Era, asbestos was used as insulator in boilers and pipes of steam engines. Scientists have only discovered that it can be mixed with cement to generate a cheap yet stronger and more fire-resistant product in 1999. From then on, asbestos boomed in various industries, most especially in construction where it was used in panelling, floor tiles and roof sheeting.

Its rising popularity caught the attention of big companies which later on incorporated the fibre to fabric and the textile industry.

In the UK, asbestos was used commercially in large scale particularly in insulation, fireproofing, acoustics and anti-condensation in buildings.

Dubbed as the “magic mineral” because of its unbelievable chemical composition and properties, asbestos was used in numerous products including the following:

Globally, the use of asbestos continued to grow in the 1920s. A few years after the boom of asbestos, health concerns started emerging and reports on its health risks were published. The first case of lung cancer linked to asbestos was published in the British Medical Journal in 1924, however, British doctors were still hesitant to make the claim.

After years of research, experts were able to prove that asbestos, particularly its dust, becomes dangerous when inhaled or ingested as the human anatomy cannot break it down, making it stuck in the body. Trapped dust and fibres cause inflammation, scarring and degrading of cells which leaves out severe genetic damage to the body.

What makes asbestos more dangerous is that its fibres are microscopic and cannot be seen, smelled or tasted, this, it is hard to detect and prevent asbestos. Asbestos is a carcinogen, thus, the longer one is exposed to its fibres, the higher the risk for one to develop an asbestos-related disease. No exact amount of asbestos exposure is stated safe by medical researchers.

Symptoms of asbestos exposure may not appear up to 15 years that is why it is recommended to have an annual asbestos screening test.

According to Health and Safety Executive UK, more than 5,000 people die annually due to asbestos exposure—this is twice the yearly fatalities caused by road accidents. The two most common asbestos-related diseases are called Asbestosis and Mesothelioma which kill a combined estimate 3,000 people annually.

Caused by prolonged exposure to asbestos fibres, asbestosis is an uncurable chronic lung disease (scarring of the lungs) that can be identified with shortness of breath, fatigue, persistent cough, chest and shoulder pains.

As there is no cure for asbestosis, serious conditions may develop including pleural disease, lung cancer and mesothelioma. Mesothelioma is a tumour that affects the lining of the lungs and can develop in the abdominal cavity or the heart. Symptoms are similar to asbestosis but may include severe respiratory complications.

It is hard to diagnose asbestosis-related diseases as symptoms do not appear immediately and has a very long latency period. Studies have shown that a big part of asbestos-related patients are men in their 60s and older who had occupational exposure to asbestos. These include people who have worked as carpenters, plumbers, electricians, miners, painters and builders.

Asbestos exposure cannot only happen in workplaces such as factories and manufacturing plants, but can also occur in public places like schools, shopping centres and commercial buildings. Workers who were exposed to asbestos can also bring some of its fibres home since the mineral can be airborne and can be trapped in clothes, shoes and the skin.

People who have been diagnosed with asbestosis or mesothelioma have the rights to file a legal claim for the damages.

As of 2013, 66 nations have banned the use and consumption of asbestos including the UK, Australia, New Zealand, Japan and Canada. It is either banned in most parts of Europe. On the other hand, 10 nations placed restrictions on its use such as Russia, Thailand and China.

The use of asbestos is still legal in the U.S, India and most parts of South America. The top five consumers and producers of asbestos are China, Russia, Brazil and India.

Although it has been a decade since the UK banned the use of asbestos, existing buildings constructed before the full ban still contain asbestos-infused products. These products and building materials can remain for a long period of time unless the building is to be demolished.

The level of risk depends if the asbestos-containing materials throughout the buildings are still intact. If they are undisturbed, the risk is very little. Damaged materials are more dangerous because the asbestos fibres are emitted into the air which can be inhaled and trapped into the lungs.

Asbestos is everywhere and it should be handled with extreme care. Buildings who are suspected to have asbestos should be checked out by a licensed contractor and should be surveyed.

If there is asbestos in the workplace, one must do the following to minimise risk:

It is not advisable for one to sweep up asbestos dusts and fibres as it will just release the particles more into the air. In addition, one should not eat, smoke or drink in the work area.

Asbestos-related deaths have been rising in the recent years. To combat this problem, sets of regulations are being implemented which cover occupations related to all types of asbestos-containing materials. These sets of regulations have placed responsibilities on employees and duty holders (can be employer, another employer, landlord or combination of all).

The Control of Asbestos Regulations 2012 (CAR12), an update to previous regulations, was released on April 6th 2012. The most recent regulations, CAR12 contains the guidelines and procedures that each company should follow in relation to asbestos incidents.

As stated in CAR12, the duty holder is responsible for identifying and managing asbestos in commercial buildings built after 1999. The duty holder is also in charge of implementing a management plan after a survey was carried out to identify asbestos materials.

Unlike council-owned domestic buildings, residential properties that are privately-owned are not covered by these regulations.