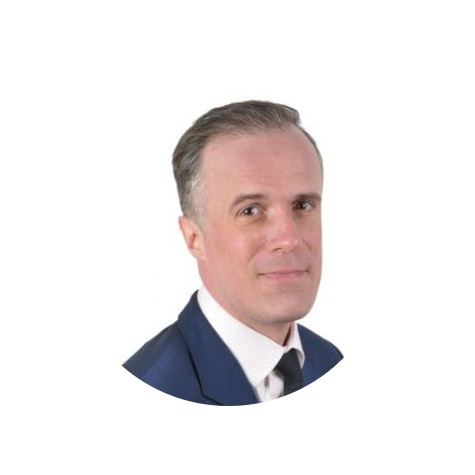 Property valuations are complex undertakings. Whether it is a residential or commercial property, there are many aspects that need to be considered and accounted for. We believe that we have some of the best valuers in the business and we wanted to take the opportunity to introduce you to one of them – Robert Hughes MRICS, a RICS Registered Valuer and a director in our Valuations department.

Puzzling it all out

After graduating with a Masters in Real Estate from Kingston University, Rob joined one of the world’s leading multi-national property firms in 2008. Unsure which area of real estate he wanted to end up in, he initially went to work in their commercial valuations department, performing regulated purpose valuations for pension funds, which covered portfolios of prime commercial stock all over the country. It was here that he took his Assessment of Professional Competency (APC for short) to become a qualified valuer.

The norm was that graduates would be rotated through the various departments, to get a solid insight into the property market. As Rob had joined during a global financial crisis however, the uncertainty that existed at the time meant that the previously planned rotation didn’t take place, meaning he was able to get even greater exposure to the Valuation Department.

Rob reflected “To be brutally honest, I probably would have chosen something along those lines anyway if I had been rotated. I like the analytical side of the work much more than something that might have been very sales-heavy.”

Rob likens carrying out a valuation to putting the missing piece in a puzzle.
“Once you have collected all the evidence, you go about weighing it up to make an informed judgement. The valuation is then based not only on the evidence in front of you, but also the wider things you know about micro and macroeconomics. As many of our clients are lenders, there are often elements of the finance market that also have to be accounted for in the final report.”

Variety is the spice of life

Following his stint in the large corporate world, Rob fancied trying something on a slightly smaller scale, joining a private practice. There he was given the opportunity to turn his hand to residential valuations, rounding out his skillset nicely. Being the only one in the team at the time who had any significant experience in commercial valuations, Rob brought his own value to the company whilst growing his understanding of the residential market.

Rob joined AWH in 2019, and since joining has become a vital part of the team. With his in-depth understanding of all the factors that can affect the value of property, Rob has worked on properties ranging from 1-bed flats, through to prime high-value residences in central-London, as well as commercial properties of all shapes and sizes.

“Not many people make a step from a global firm down to a private practice firm. Normally it’s the other way round. Being able to bring the expertise gained at the corporate level to the table has allowed me do some really exciting valuations I might not otherwise have been able to do. The diversity of the assets and asset classes we work with certainly keeps you focussed.”

When asked whether he could give any examples of what he meant, Rob referred to some recent complex valuations he was involved in for two shopping centres, which are both high-value, multi-tenanted properties and needed a greater degree of analysis than some other commercial properties. This, coupled with it requiring a good understanding of the investment side of the market, added an element of exposure to different aspects of the property market that Rob really cherishes.

Service you can count on

While many of his days are spent working in the office, ensuring quotes and enquiries are responded to in a timely manner, Rob – like any surveyor – loves being out and about, carrying out inspections. And if the job happens to be at an interesting property or somewhere on the south coast, Rob is more than happy to oblige!

“The property market is a time-pressured environment, as people want to complete purchases as quickly as possible. As such, my day tends to start fairly early, and I often even catch myself being one of those people who walk down the road with their nose buried in their phone!” Rob laughs, self-depreciatingly.

Here at AWH we pride ourselves on providing a high-quality service to all our clients and Rob is an integral cog in our well-oiled machine.

Need expert advice on either a residential or commercial valuation? Rob and the valuations team are on hand to help. Call 0800 071 5517 or email admin@awh.co.uk for advice built on years of experience!